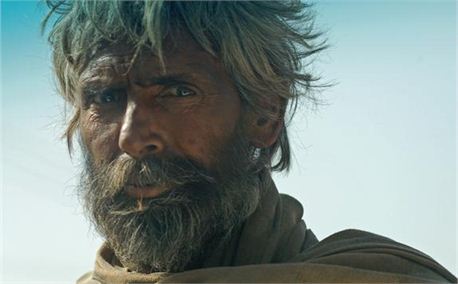 Abraham, the father of the faith, our patriarch, is one of the most flawed biblical characters. In fact, Jerry Springer would probably love to get Abraham and Sarah on the show because the drama and betrayal that describes much of their marriage would send ratings through the roof.

Abraham slept with Sarah’s maid with her approval and the maid had his baby (Genesis 16).

Abraham said Sarah was his sister and gave her up to a king because he was more scared for himself than for the dishonor of his wife (Genesis 20).

Sarah was barren and finally had Abraham’s baby when she was already in her nineties (Genesis 21).

After Abraham and Sarah’s son was born, they left her maid and son to die in the desert (thankfully God saved them) (Genesis 21).

Abraham, obeying God’s orders, almost sacrificed Sarah’s only son (of course, providentially God had always planned on preventing him from going through with it) (Genesis 22).

I’m pretty sure that is more drama than the trashiest episode of Jerry Springer! God made their flaws known in His Word, but He did not define them by their sins but by their faith. In Hebrews 11, He highlighted Abraham’s faith and courage to move from his home so God could establish his lineage and people in Abraham (Hebrews 11: 8-10) and to trust God to raise his son from the dead when he was obeying orders to sacrifice him (Hebrews 11:17-19). In the same chapter, He highlighted Sarah’s faith and courage to bear God’s chosen lineage at such an old and frail age (Hebrews 11:11-12).

If you were to look at their marriage through a modern, Western mentality, you could probably find your own justifications for Sarah and Abraham to get divorced. Yet, in the New Testament, God used Sarah as an example of a Godly wife by the way she followed and respected her husband (1 Peter 3:6). The ways that may seem best to man are often not the ways that are best to God. In one of the most dramatic and flawed marriages in the history of the Bible, God brought redemption. You might have an ugly, flawed marriage rap sheet. You might feel like you belong on the Jerry Springer show. I have news for you—if God can redeem the marriage of Abraham and Sarah, He can REDEEM YOUR MARRIAGE. The God who mercifully absolves all sin and guilt at no goodness of our own wants to help your marriage. Quit believing that your problems might be too big to fix. God is BIGGER, and He sees your future not just your flaws.