Marriage Reality Shows & the Reality of the Christian Life 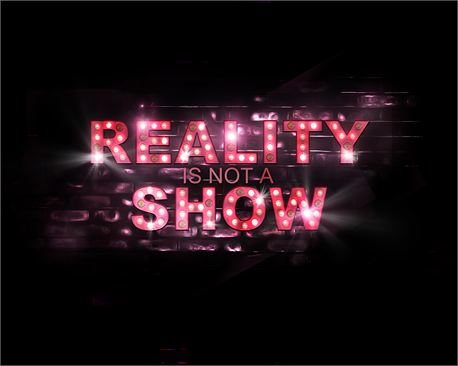 I recently watched a commercial for the TV show, Marriage Boot Camp.  The mission of the show was stated plainly: “Our goal is to rip your marriage apart, find the problem and give you the tools that you need.” In the two-minute commercial, there were tons of bleeped out curse words, furniture turned over, and because it is a reality TV show I am sure this behavior is encouraged. Ratings go up because viewers love watching this utter ridiculousness. I would venture to guess that most people watching would not liken their own relationships to the crazy people on this show, but probably see themselves as much more stable. But I can also venture to guess that a pretty sizeable portion of its audience are most likely drama queens (or kings) in their own lives. You may think that is an unfair judgment, but drama attracts dramatics like pollen attracts bees.

So what is it in our lives that cause us to spend time watching trash like this on TV? Is it boredom? A love or infatuation with drama? I doubt anyone actually watches shows like this to get advice for their own marriage. The sad thing is these relationship shows have turned into their own genre: Bridezillas, Wife Swap, Newlyweds, The Marriage Ref, Real Housewives, The Bachelor, Trading Spouses and many more on VH1 and MTV that shouldn’t even be mentioned. Some of these shows seem tame and harmless, but why are we even watching them? For example, I know many Christians watch the Bachelor, but I personally find it a waste of time. Honestly, this is not the type of romanticized dating that I think should be praised by Christians. It is not genuine or sincere. It’s staged. REALITY IS NOT A SHOW.

There are two types of marriage reality shows and reasons why I believe they shouldn’t be watched by God-fearing, Jesus-loving, Holy Spirit-sanctified Christians.

Why Not to Watch the Marriage Boot Camp Type shows:

Why Not to Watch The Bachelor Type Dating shows:

Yes, we do have freedom in Christ and I am not against all entertainment, and honestly I can’t say I have a perfect track record for everything I have chosen to watch. I am not the perfect moral standard, but I encourage you to be intentional about what you may be partaking in, particularly in the realm of reality TV shows. I leave you with these Bible verse to meditate and contemplate on. The Bible says, “to put off your old self, which belongs to your former manner of life and is corrupt through deceitful desires, and to be renewed in the spirit of your minds, and to put on the new self, created after the likeness of God in true righteousness and holiness” (Ephesians 4:22-24, ESV). Also, “do not be conformed to this world, but be transformed by the renewal of your mind, that by testing you may discern what is the will of God, what is good and acceptable and perfect” (Romans 12:2, ESV).

An opinion and thought-provoking piece by Emily Nilsen, Communications Director at NAME.